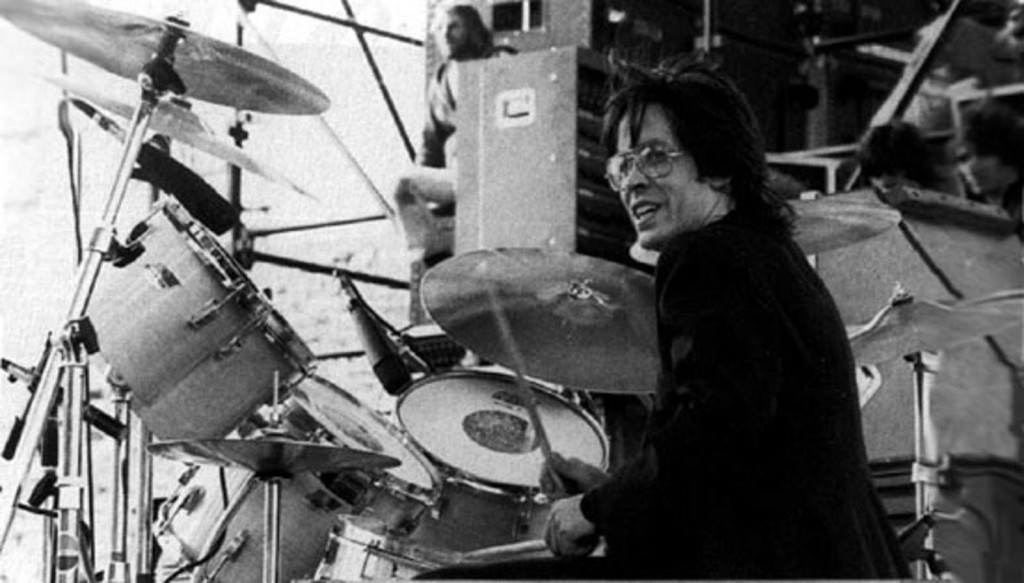 Jeffrey Thomas “Jeff” Porcaro (April 1, 1954 – August 5, 1992) was an American drummer, songwriter, and producer best known for his work with the rock band Toto. Porcaro is one of the most recorded session musicians in history, working on hundreds of albums and thousands of sessions. While already an established studio player in the 1970s, he came to prominence in the United States as the drummer on the Steely Dan album Katy Lied. AllMusic has characterized him as “arguably the most highly regarded studio drummer in rock from the mid-’70s to the early ’90s”, further stating that “It is no exaggeration to say that the sound of mainstream pop/rock drumming in the 1980s was, to a large extent, the sound of Jeff Porcaro.

Porcaro began playing drums at the age of seven. Lessons came from his father Joe Porcaro, followed by further studies with Bob Zimmitti and Richie Lepore.

When he was seventeen, Porcaro got his first professional gig playing in Sonny and Cher’s touring band. He later on called Jim Keltner and Jim Gordon his idols at that time. During his 20s, he played on hundreds of albums, including several for Steely Dan. He toured with Boz Scaggs before co-founding Toto with his brother Steve and childhood friends Steve Lukather and David Paich. Porcaro is renowned among drummers for the “Rosanna shuffle,” a drum pattern he used on the Grammy Award winning Toto song “Rosanna”, from the album Toto IV.

Richard Marx dedicated the song “One Man” to him and said Porcaro was the best drummer he had ever worked with. Michael Jackson made a dedication to Porcaro in the liner notes for his 1995 album HIStory: Past, Present and Future, Book I.

Leave a Reply to Sune Schack on Facebook Cancel reply