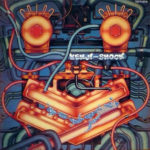 He went to the United States in 1970 and stands on the stage of Fillmore West. After returning to Japan in 1971, he entered Sophia University international faculty, while participating in Red Birds . In 1973 he withdrew from the Red Birds and formed “entrance” with Murakami Shuichi et al. In the following years Bamboo was formed in 1974 and Camino was formed in 1975 . In 1980, participated in domestic and world tour as a support guitarist of YMO . After that, in the 1980s, as arranger Kamiko Yamashita ‘s hit song “Equatorial Komachi Doki”, including Oe Senri and Honda Minako and other songs, and also participated in many songs as session guitarist. Especially from the late 1980’s to the early 1990’s, I frequently participate in Gotoh Shiori ‘s work composition work ( Shizuka Kudo , Tunnels etc.). In later years participated as a support guitarist for tours such as Yanagi George , Yusa Mimori , Miyazawa Kazufumi etc. Also, with the excellent guitar technique and knowledge, he is in charge of reviewing the electric guitar of “guitar magazine”.

2 Better Make It Through Today