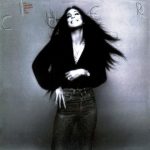 I’d Rather Believe in You is the 13th studio album by American singer-actress Cher, released on October 1976 by Warner Bros. Records.

Cher recorded this album while she was pregnant with Elijah Blue Allman, her second child. She wrote a dedication to him on the back-sleeve of the album: And a special thanks to Elijah for waiting until the day after I finished my album. Cher.

In 1976, Cher recorded two other songs: the first is the duet with Harry Nilsson “A Love Like Yours (Don’t Come Knockin’ Everyday),” while the second is the song “Pirate” (from her album Cherished which was released a year later) was released as a bonus track on some edition of the “I’d Rather Believe In You” album, being track number one.

The album has never been released on CD, and the only CDs in circulation aren’t official. According to Billboard, Cher owned this album’s master rights and Warner had no right to reissue