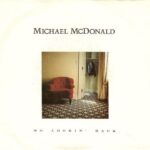 No Lookin’ Back is the second solo studio album by American musician Michael McDonald. It was originally released in July 1985, on the label Warner Bros. Records, three years after his debut album, If That’s What It Takes; this was his last album to be released by Warner Bros.  For the first time, he co-produced […]