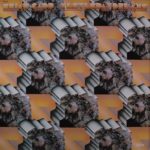 Brian George Cadd (born 29 November 1946, Perth, Western Australia) is an Australian singer-songwriter, keyboardist and producer who has performed as a member of The Groop, Axiom, Flying Burr

ito Brothers and solo.Although he was briefly called Brian Caine in late 1966, when first joining The Groop, he is generally known as Brian Cadd.