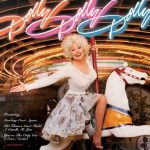 Dolly, Dolly, Dolly, released in 1980, is the 22nd solo studio album by Dolly Parton. Coming at the height of her late 1970s-1980s quest for pop success, the album was her least traditional country-sounding album to that point, with a number of songs bordering on disco. Though the album’s two singles, “Starting Over Again” (written by Donna Summer and Bruce Sudano) and “Old Flames Can’t Hold a Candle to You” topped the U.S. country charts (“Starting Over Again” also hit #36 on the pop charts), the album is generally regarded by critics, as well as Dolly Parton’s fans, as one of the least satisfying albums of her career; it was almost universally panned at the time of its release; of the major press, only People Magazine reviewed it favorably. The album was noteworthy for being one of the only Dolly Parton albums to that point not to include a single of her own compositions; it was composed entirely of covers.

3 Old Flames Can’t Hold A Candle To You

4 You’re The Only One I Ever Needed

6 Fool For Your Love

7 Even A Fool Would Let Go

9 I Knew You When