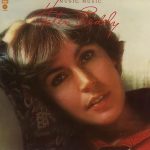 Music, Music is the eighth studio album by Australian-American pop singer Helen Reddy that was released in the summer of 1976 by Capitol Records and later described by J. Scott McClintock for AllMusic: “There are breezy, Bacharach-ian excursions (‘Gladiola,’ ‘You Make It So Easy’), bluesy numbers (‘Get Off Me Baby,’ ‘Ladychain’), light country (‘Mama’), jazzy ballads (Paul Williams’ torchy contribution, ‘Nice to Be Around’), and even a little Philly soul (‘I Can’t Hear You No More’). On August 2 of that year the Recording Industry Association of America awarded the album with Gold certification for sales of 500,000 copies in the United States. It debuted on Billboard’s Top LP’s & Tapes chart that same month, in the issue dated August 14, and got as high as number 16 during its 13 weeks there, and in Canada’s RPM magazine it peaked at number 14. On August 23, 2005, it was released for the first time on compact disc as one of two albums on one CD, the other album being her 1975 studio release, No Way to Treat a Lady.

4 Hold Me In Your Dreams Tonight

5 Get Off Me Baby

8 Music Is My Life

9 Nice To Be Around