Silk Degrees is the seventh album by Boz Scaggs, released on Columbia Records in 1976. The album peaked at #2 and spent 115 weeks on the Billboard 200. It has been certified five times platinum by the RIAA and remains Scaggs’s best selling album. Silk Degrees spawned four singles, of which “It’s Over”, “Lowdown”, and “Lido Shuffle” all made the Top 40, while the fourth, What Can I Say, peaked just outside the top 40, at #42.

The album was recorded at Davlen Sound Studios and Hollywood Sound Studios, Los Angeles. Among the accompanying musicians, David Paich, Jeff Porcaro, and David Hungate would go on to become band members in Toto. The album marked Boz Scaggs’s commercial zenith, a mix of straight pop rock songs (“Jump Street” and “Lido Shuffle”), smooth soul compositions (“What Can I Say” and “Lowdown”), and appealing ballads (“Harbor Lights” and “We’re All Alone”). The latter was later a hit for Rita Coolidge. 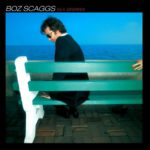