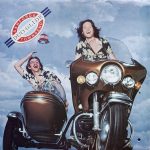 The Sanford Townsend Band was a successful rock and roll band in the United States. They scored a hit single in 1977 with “Smoke from a Distant Fire”.

The Sanford-Townsend Band featured Alabama keyboardists Ed Sanford (from Montgomery, AL) and Johnny Townsend (from Tuscaloosa, AL), who previously worked together in a Tuscaloosa-based band called “Heart”, not to be confused with the band of the same name fronted by Ann & Nancy Wilson from Seattle/Vancouver. After reuniting in Los Angeles, Sanford and Townsend signed a publishing deal with Chappell Music and began writing songs, most notably “Peacemaker” for Loggins and Messina, which was co-written by the duo with Kenny Loggins. Their 1976 self-titled album started getting attention when “Smoke from a Distant Fire” reached No. 9 on the Billboard Hot 100 and No. 1 in Cash Box, recorded at the famous Muscle Shoals Sound Studios in Alabama. The album was retitled with the name of the hit song and re-released. The band supported the song by opening for Fleetwood Mac on their ‘Rumours’ Tour, as well as concerts with the Marshall Tucker Band, Charlie Daniels, Jimmy Buffett, Foreigner, Heart and others. The band’s follow-up albums, entitled Duo-Glide and Nail Me to the Wall, were significantly less successful. Sanford and Townsend returned to their careers as session musicians and songwriters. Ed Sanford co-wrote “I Keep Forgettin'” with Michael McDonald, which appeared on McDonald’s debut solo album in 1982.
In 2008, John Townsend formed the Toler/Townsend Band with Dan Toler. Townsend’s tenor voice remains substantially unchanged from thirty years prior.

9 Sometimes When The Wind Blows