“Love Hurts” is a song, written and composed by Boudleaux Bryant. First recorded by The Everly Brothers in July 1960, the song is also well known from a 1975 international hit version by the hard rock band Nazareth and in the UK by a top 5 hit in 1975 by Jim Capaldi.

The song was introduced in December 1960 as an album track on A Date with The Everly Brothers, but was never released as a single (A-side or B-side) by the Everlys. The first hit version of the song was by Roy Orbison, who earned Australian radio play, hitting the Top Five of that country’s singles charts in 1961. A recording by Emmylou Harris and Gram Parsons was included on Parsons’ posthumously released Grievous Angel album. After Parsons’ 1973 death, Harris made the song a staple of her repertoire, and has included it in her concert set lists from the 1970s to the present. Harris has since re-recorded the song twice.

The most successful recording of the song was by hard rock band Nazareth, who took the song to the U.S. Top 10 in 1975 and hit number one in Norway and the Netherlands. In the UK the most successful version of the song was by former Traffic member Jim Capaldi, who took it to number four in the charts in November 1975 during an 11-week run. The song was also covered by Cher in 1975 for her album Stars. Cher re-recorded the song in 1991 for her album of the same name. Rod Stewart recorded the song in 2006 for his album Still the Same… Great Rock Classics of Our Time which was No. 1 on the Billboard 200 chart. 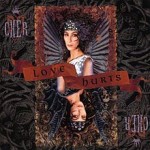