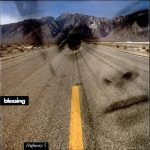 Highway 5 is a single from The Blessing album Prince Of The Deep Water, released in 1992. The song was written by Kevin Hime-Knowles, Luke Brighty, Mike Westergaard and William Topley. Jeffrey  Porcaro and Nathan East are playing on this track (confirmed  by bandmember William Topley)

Prince Of The Deep Water was the first of two studio albums by British band The Blessing. Released by MCA Records in 1991, it included the band’s only UK Top 40 hit single, “Highway 5”. The album was recorded and produced by Neil Dorfsman and mastered by Bob Ludwig. “Highway 5” initially reached #42 on […]