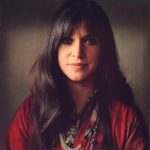 Photograph is an album released by Melanie in 1976; her only release on Atlantic Records. The album contains “Cyclone” which was released as a single; despite making a publicity tour on American Bandstand and The Brady Bunch Hour to promote the single, it failed to chart.

Ahmet Ertegün, who had personally signed Melanie to his label, was credited with creative direction on the album, was very involved with its recording, and was present at all vocal sessions and mixes.

The album was heralded by the New York Times as one of the best albums of 1976; although the album went largely unnoticed by the public. The album was only released in the United States, Australia and New Zealand. For reasons unknown, Atlantic Records pulled the album from distribution shortly after its release.

The album was re-issued by Rhino Records in 2005 as an individually numbered limited edition of 3,500 copies. The re-issue contained the remastered album plus a second disc of tracks recorded during the same