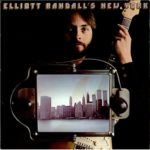 Elliott Randall (born 1947) is an American guitarist, best known for being a session musician with popular artists. Randall played the well-known guitar solos from Steely Dan’s song “Reelin’ in the Years” and “Fame”. It was reported that Led Zeppelin guitarist Jimmy Page said Randall’s solo on Reelin’ in the Years is his favorite guitar solo of all-time. The solo was ranked as the 40th best guitar solo of all-time by the readers of Guitar World magazine and the eighth best guitar solo by Q4 Music.

6 I Only Wanna Make You Feel Like A Woman

8 When You Got The Music