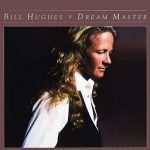 Billie Keith Hughes (April 4, 1948 – July 7, 1998) was an American recording artist, songwriter, musician, and record producer. He is best known for his songs with Philip Bailey, Bette Midler, The Jacksons, The Sisters Of Mercy, Noel Paul Stookey, his band Lazarus, and his solo career as a recording artist.. Hughes had a successful artist career in Japan and was awarded the #1 International Single of the Year in 1992 at the NHK Grand Prix Awards.

In the early 1970s Hughes lived in London, Ontario Canada where he regularly performed at Smale’s Pace, a well-known coffeehouse on the Canadian folk circuit, and at folk festivals across Canada. During the Canadian years he was sometimes accompanied by Lazarus bassist Carl Kessee, and occasionally Lazarus performed as a full band including Randy Kumano, Allan Soberman and Wayne Smith. Hughes began his solo recording career in 1978 upon signing with Epic Records. His “Dreammaster” LP was produced by Henry Lewy in Los Angeles. During the next four years, Hughes toured the United States, Canada and Japan performing as an artist and travelled to Japan, Canada and Italy to record and produce various projects including his own hit single “Martin Eden” (CBS motion picture theme song) which charted top 5 all over Europe.

1 Stealin\’ My Heart Away

3 Waiting For You To Fly

9 Only Your Heart Can Say