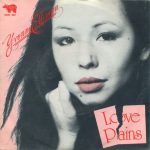 “Love Pains” is a dance song written by Michael Price, Dan Walsh and Steve Barri. It was originally recorded by Yvonne Elliman in 1979. Both Hazell Dean and Liza Minnelli covered it and had hits in 1989 and 1990 respectively with their versions. There have also been many other cover versions of this song.

“Love Pains” was a hit for Elliman in 1979, reaching number 34 on the Billboard Hot 100 as well as number 75 on the Hot Dance Club Play, and number 33 on the Adult Contemporary chart. “Love Pains” would be Elliman’s final chart single, Elliman’s extended hiatus from the music business commencing soon after the release of the track’s parent album Yvonne which was the last release of newly recorded music by Elliman until her 2004 EP Simple Needs.

In 1982, Moby Dick Records were in the process of re-releasing remixes of previous hits for their Gold Standard label when Rob Kimbel presented them with a remix of “Love Pains”. The remix was released as a single and sales for the Moby Dick 12″ single surpassed sales of the original record

Yvonne Marianne Elliman (born December 29, 1951) is an American singer who performed for four years in the first cast of Jesus Christ Superstar. She scored a number of hits in the 1970s and achieved a US #1 hit with “If I Can’t Have You”. After a long hiatus in the 1980s and 1990s, during […]