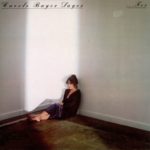 Carole Bayer Sager was born in New York City to parents Anita and Eli Bayer. She graduated from New York University, where she majored in English, dramatic arts and speech. She had already written her first pop hit, “A Groovy Kind of Love”, with Toni Wine, while still a student at the New York City High School of Music and Art. It was recorded by the British invasion band The Mindbenders, whose version was a worldwide hit, reaching #2 on the Billboard magazine Hot 100. This song was later recorded by Sonny & Cher, Petula Clark, and Phil Collins, whose rendition for the film Buster reached number one in 1988. She also had a minor career singing songs as well: her biggest hit was her 1977 single, “You’re Moving Out Today” which reached #6 in the UK and #1 in Australia.

Sager’s first recording as a singer was the 1977 album Carole Bayer Sager, which included the #1 international single “You’re Moving Out Today”, a song which she co-wrote with Bette Midler and Bruce Roberts.(Paul Buckmaster provided horn and string arrangements for the album.) The album went platinum in Japan, Australia, and the United Kingdom. It was followed by …Too in 1978 and a third and last album, co-produced by Burt Bacharach, entitled Sometimes Late at Night (1981), which included a top 30 hit single “Stronger Than Before”, later recorded by Dionne Warwick and Chaka Khan.

1 To Make You Smile Again

2 It’s The Falling In Love

3 Peace In My Heart

6 There’s Something About You

8 I Don’t Wanna Dance No More