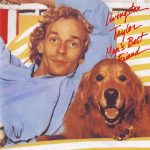 Livingston Taylor (born November 21, 1950) is an American singer-songwriter, born in Boston, Massachusetts, and raised in Chapel Hill, North Carolina. He attended the Westtown School in Pennsylvania. He is the brother of singer-songwriter James Taylor and a faculty member at Berklee College of Music.

In the 1980s Taylor released his second album on the Epic label, Man’s Best Friend. The album contained the songs: “First Time Love,” and “Pajamas” (sometimes known as “I’ve Got My Pajamas On”), which was later adapted into a book for children written by Taylor and his wife, Maggie. Taylor hosted a nationally syndicated television show, This Week’s Music, and began teaching performance at the Berklee College of Music in Boston.

5 You Don’t Have To Choose

6 Dancing In The Street

7 Out Of This World