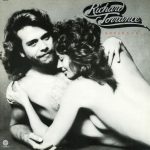 Richard Torrance is a gifted singer / guitarist with more than forty years of performing experience in the music business. Born in the Midwest, he relocated to Southern California soon after graduating from high school, to pursue his dream of becoming a recording artist. He signed his first recording contract with Shelter Records, Leon Russell’s label, in 1972. He recorded three albums for them before moving on to his second contract with Capitol Records in 1975. His first of four albums for Capitol, “Bareback”, produced his song, “Rio de Janeiro Blue”. “Rio” has achieved international acclaim and has been recorded by several other artists, as well. Through the 1970s, he put together a band of Los Angles based musicians and did three national tours. Richard and his band opened for some of the most famous rock groups in the world, such as Little Feat, Kansas, Taj Mahal, Billy Joel, Fleetwood Mac, The Eagles, Linda Ronstadt, Bob Seger, Chicago, The Beach Boys, REO Speedwagon, Loggins and Messina, The Kinks, Average White Band, Pablo Cruise, and Aerosmith, to name a few. After leaving Capitol records in 1979, Richard moved north to Ojai, California and focused on building a home recording studio, producing local talent and continuing to write music. He stayed there for over ten years, raising a family and touring the west coast.

8 Leave My Love Behind