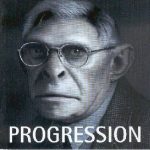 Peter Wolf studied classical piano at Vienna’s Conservatory of Music. At the age of 16, he won the European Jazz Festival as a solo pianist. Wolf was awarded twice with the Deutscher Schallplattenpreis, a German award, for his work with Andre Heller and Erika Pluhar.

After his time in the southeastern United States, he moved to Los Angeles, California, where he played keyboards for Frank Zappa in the late 1970s. After his work with Zappa, he then went on to the band Group 87 with Patrick O’Hearn, Terry Bozzio, Peter Maunu, and Mark Isham.