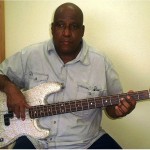 Sweet Passion is the twenty-fifth studio album by American singer Aretha Franklin, Released on May 19, 1977 by Atlantic Records. Following a brief resurgence in Aretha’s sales with the Gold-certified success of her 1976 soundtrack album, Sparkle, Aretha paired up with famed Motown producer Lamont Dozier, to produce Sweet Passion. It was, however, a commercial […]

END_OF_DOCUMENT_TOKEN_TO_BE_REPLACED

Steve Marss‘ only album Somebody Somewhere was produced by Cristopher Bond best known for his work with Halland Oates. The record features a who’s who of west coat regulars from Bill Champlin and Steve Lukather to Richard Page and Kenny Liggins who went so far as to produce one of the songs on “Somebody Somewhere”. […]