Mama’s Pride is an American rock band that formed in St.Louis, Missouri in 1972. After forming in 1972 the band quickly grew a strong following. They signed to Atco Records in 1974, a division of Atlantic Records at that time, now a division of Warner Brothers. They released the self-titled album Mama’s Pride in 1975, […]

END_OF_DOCUMENT_TOKEN_TO_BE_REPLACED 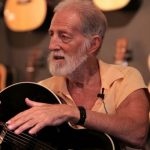