Hotel Sheet is an album by Jack Ashford, released in 1977. Jack Ashford (born May 18, 1934), known to his friends as Jashford, is an American musician widely known as the percussionist for Motown Records’ in-house Funk Brothers band during the 1960s and early 1970s. Ashford is most famous for playing the tambourine on hundreds […]

END_OF_DOCUMENT_TOKEN_TO_BE_REPLACED 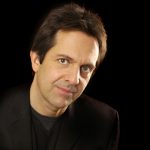