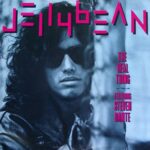 “The Real Thing” is a 1987 hit single by music producer Jellybean, which features the vocals of Steven Dante. It is featured on Jellybean’s album Just Visiting This Planet. The song was most successful in clubs at the time, reaching #1 in the US Hot Dance Club Play Chart for one week. “The Real Thing” also peaked at #49 and #82 on the soul chart and Hot 100, respectively. Overseas, the single was successful in the UK Singles Chart, reaching #13.

Just Visiting This Planet is the second album by Jellybean, the nickname for American producer, remixer and songwriter John Benitez. The album was released in 1987 and contains the singles “Who Found Who”, “The Real Thing”, “Jingo” and “Just a Mirage”. In 2012, the album was remastered and expanded by Cherry Red Records. It featured […]