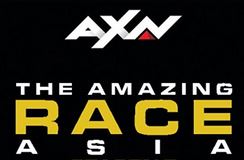 The Amazing Race Asia is an Asian adventure reality game show based on the international Amazing Race franchise. Following the premise of other versions of the format, the show follows teams of two as they race across Asia and around the world. The season is split into legs, with teams tasked to deduce clues, navigate themselves in foreign areas, interact with locals, perform physical and mental challenges, and travel by air, boat, car, taxi, and other modes of transport. Teams are progressively eliminated at the end of most legs for being the last to arrive at designated Pit Stops. The first team to arrive at the Finish Line wins the grand prize of US$100,000.

The Asian cable TV network AXN Asia was among the first to acquire the rights to produce a version of The Amazing Race for its territories. The first few seasons of the series were produced by Australian television production company ActiveTV and Sony Pictures Television Networks, in association with Disney Media Distribution (formerly as Buena Vista International Television-Asia Pacific (2006-2007), then Disney-ABC International Television (2007-2010)) and ABC Studios. Production was later taken over by creator Bertram Van Munster’s production company Profiles TV in association with AXN. The host for the show is Singapore based Chinese-American actor Allan Wu.

In mid 2016, it was announced that the series would return in late 2016 after a six-year hiatus.