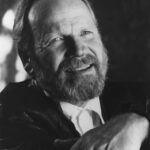 Barry McGuire (born October 15, 1935) is an American singer-songwriter primarily known for his 1965 hit “Eve of Destruction”. Later he would pioneer as a singer and songwriter of Contemporary Christian music.

McGuire was born in Oklahoma City and his family moved to California when he was two years old. After working as a commercial fisherman, and then going on to become a journeyman pipe fitter, McGuire got a job singing in a bar. In 1961, he released his first single called “The Tree”, which was not a hit. He formed a duo with Barry Kane (d. 2013) called Barry & Barry. They performed original folk songs at The Ice House, a small folk club in Pasadena, California before moving on to The Troubadour in Hollywood in the spring of 1962. There they joined The New Christy Minstrels, a large folk group, and McGuire later sang lead vocals on their novelty single “Three Wheels on My Wagon”. They continued to perform their separate duo act there as well as performing with The New Christy Minstrels. Under Horizon Records, they cut their first and only album as Barry & Barry, titled Here And Now, which contained songs such as “Gold Wedding Ring”, “Land Of Odin”, the single “Another Man”, “Summer’s Over”, “You Know My Name”, “Bull ‘Gine Run”, and “Far Side of the Hill”. It also included “If I Had A Hammer”, released three months after the release of the same song by folk trio Peter, Paul and Mary. In 1963, McGuire, along with Randy Sparks (the founder of The New Christy Minstrels), co-wrote and sang lead vocal on the Christys’ first and biggest hit single: Green, Green. He left the Christys in January 1965, after recording the album Cowboys and Indians, although, on the 1965 album Chim Chim Cher-ee, he sang on the title cut. (more)