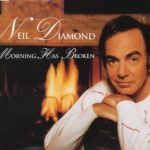 “Morning Has Broken” is a Christian hymn first published in 1931. It has words by English author Eleanor Farjeon and was inspired by the village of Alfriston in East Sussex, then set to a traditional Scottish Gaelic tune, “Bunessan”. It is often sung in children’s services and in funeral services.

Neil Diamond covered this song in 1992 and peaked at #36 in the UK Charts.

The Christmas Album is the twentieth studio album by Neil Diamond and his first to feature Christmas music. It features orchestral and choir arrangements by David Campbell. The album reached No. 8 on the Billboard 200 album sales chart, No. 50 on the UK album sales chart, and No. 30 on Australian music chart. In […]