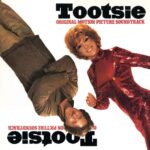 Tootsie is a 1982 American satirical romantic comedy film directed by Sydney Pollack and starring Dustin Hoffman. Its supporting cast includes Pollack, Jessica Lange, Teri Garr, Dabney Coleman, Bill Murray, Charles Durning, George Gaynes, Geena Davis (in her debut) and Doris Belack. The film tells the story of a talented but volatile actor whose reputation for being difficult drives him to adopt a new identity as a woman to land a job. The film was adapted by Larry Gelbart, Barry Levinson (uncredited), Elaine May (uncredited) and Murray Schisgal from a story by Gelbart and Don McGuire.

4 Don’t Let It Get You Down

9 Out Of The Rain