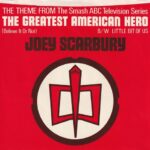 The theme song became a popular hit during the run of The Greatest American Hero. “Believe It or Not” entered the top 40 of the Billboard Hot 100 on June 13, 1981, eventually peaking at No. 2 during the weeks ending August 15–22, 1981, kept off the top spot by “Endless Love” by Diana Ross and Lionel Richie, and spending a total of 18 weeks in the top 40. On the Adult Contemporary chart, “Believe It or Not” went to number 3. It also peaked at the number one position on the Record World chart.

In the season 8 episode of Seinfeld titled “The Susie”, an answering machine message consists of a parody of “Believe It or Not”. As a tribute to the Seinfeld episode, the song appeared in a 2021 TV commercial for Tide that aired during CBS’ telecast of Super Bowl LV on February 7, 2021 starring Jason Alexander, whose character George Costanza recorded the parody lyrics as his answering machine message.

The song was also used in the intro for internet personality The Cinema Snob during the beginning of his career. The song was later dropped from his intros.

America’s Greatest Hero is the first and only album by Joey Scarbury, released by Elektra Records in 1981 on vinyl LP and Cassette; and was reissued on CD by Collectables Records in 2005. This album features the hit theme from the TV series The Greatest American Hero, and other songs showcasing his talents. Tracks 1  […]