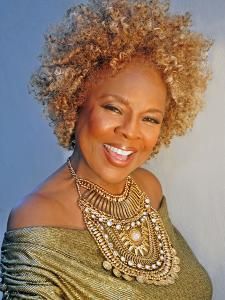 Thelma Houston is an American singer. Beginning her recording career in the late 1960s, Houston scored a number-one hit record in 1977 with her recording of “Don’t Leave Me This Way”, which won the Grammy for Best Female R&B Vocal Performance.

Houston was born in Leland, Mississippi. Her mother was a cotton picker. She and her three sisters grew up primarily in Long Beach, California. After marrying and having two children, she joined the Art Reynolds Singers gospel group and was subsequently signed as a recording artist with Dunhill Records. Despite her name, she is unrelated to Whitney Houston.

In 1969, Houston released her debut album, entitled Sunshower, produced, arranged and composed by Jimmy Webb except for one track. In 1971 she signed with Motown Records but her early recordings with them were largely unsuccessful. Her most notable single during that period was “You’ve Been Doing Wrong for So Long” which peaked at No. 64 on the US Billboard R&B chart in 1974. However Houston’s vocal prowess on that track secured her a nomination for a Best Female R&B Vocal Performance. In 1973 Motown Productions announced a projected biographical film of Dinah Washington which would star Houston; however the project was dropped due to difficulties in getting clearance from Washington’s relatives. In April 1974, Houston joined the cast of The Marty Feldman Comedy Machine, playing various characters during the show’s skits. The show was canceled in August and for the next several years her work was limited to demo recordings and performing at small venues.

Houston took acting classes and received her first role in the 1975 made-for-television film Death Scream. In that same year Sheffield Lab released “I’ve Got the Music in Me” a direct-to-disc recording by Thelma Houston and Pressure Cooker that went on to become a benchmark vinyl recording for audiophiles. The following year she recorded songs for the soundtrack of the film The Bingo Long Traveling All-Stars & Motor Kings starring Billy Dee Williams and James Earl Jones. In 1975 Houston appeared on the Golden Globe Award broadcast performing the nominated song “On & On” and also was featured in a tribute to Berry Gordy on that year’s American Music Award broadcast singing “You’ve Made Me So Very Happy”. That year Houston’s version of “Do You Know Where You’re Going To” was being set for single release when it was pulled and the song given to Diana Ross to serve as the theme song for the movie Mahogany. In 1976 Houston sang backing vocals for Motown labelmate Jermaine Jackson on his album My Name Is Jermaine. (more)

1979 Thelma Houston – Ride To The Rainbow

1981 Thelma Houston – Never Gonna Be Another One