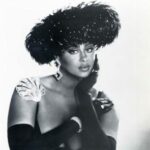 Hyman also performed on Broadway in the 1981 musical based on the music of Duke Ellington, Sophisticated Ladies, which ran from 1981 until 1983. The musical earned her a Theatre World Award and a Tony Award nomination for Best Performance by a Featured Actress in a Musical. (more)