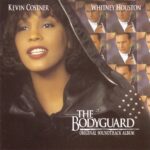 The Bodyguard: Original Soundtrack Album is a soundtrack album from the film of the same name, released on November 17, 1992, by Arista Records. The album’s first side (in its original LP and cassette formats) features songs recorded by American singer Whitney Houston, who starred in the film, while side two features the work of various artists. Houston and Clive Davis were co-executive producers of the record.

The Bodyguard was praised by music critics for Houston’s vocal performance and its production. The album was a massive global success, hitting number one in eighteen countries and going top ten in dozens of other countries. In the United States, the album gave Houston the distinction of having the most weeks at number one by a female artist on Billboard 200, holding that record for 19 years until being surpassed by Adele’s album 21 (2011). The Bodyguard is certified Diamond by the Recording Industry Association of America, which gives Houston three Diamond selling albums. It became the first album verified by the Nielsen SoundScan to sell over one million copies within a single week. At one point, the album was selling over a million copies per week for several weeks in a row. With sales of over 45 million copies worldwide, The Bodyguard is the best-selling soundtrack album of all-time, as well as the best selling album by a woman in music history, and the best selling album of the decade. The soundtrack won the Grammy Award for Album of the Year.

1 I Will Always Love You

5 Queen Of The Night

7 Even If My Heart Would Break

9 It’s Gonna Be A Lovely Day