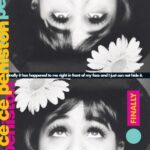 Finally is the debut album by American singer CeCe Peniston, released on January 30, 1992 by A&M Records. Prior to the release of this album, Peniston released her debut single “Finally”, which topped the US Billboard Hot Dance Music Club Play chart on October 26, 1991, peaking eventually at number five on the Billboard Hot 100 and at number two in the UK Singles Chart. The album yielded two additional singles which achieved dance number one status in the US; “We Got a Love Thang”, co-written by Chantay Savage, and “Keep On Walkin'”, written in collaboration with Kym Sims. Both songs entered the UK Singles Chart top 10 and the Billboard Hot 100 top 20 in the US. Despite the success of the singles, the album itself climbed only to number seventy on the US Billboard 200. However, during its thirty-six weeks long presence in the chart it sold over 554,000 copies in the US. The album peaked at number ten on the UK Albums Chart. The total worldwide sales of the album surpassed 3,000,000 units. Two further tracks were released from the album which were more in the R&B field; “Inside That I Cried” charted at number ten in the US R&B chart and at number forty-two in the UK, while “Crazy Love” peaked at number thirty-one in the US and at number forty-four in the UK. The album was part of the resurgence of dance music in the United States during the mid-1990s.

1 We Got A Love Thang

3 Inside That I Cried

5 It Should Have Been You