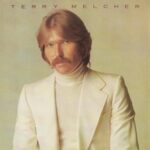 Terrence Paul Melcher (born Terrence Paul Jorden; February 8, 1942 – November 19, 2004) was an American record producer, singer, and songwriter who was instrumental in shaping the mid-to-late 1960s California Sound and folk rock movements. His best-known contributions were producing the Byrds’ first two albums Mr. Tambourine Man (1965) and Turn! Turn! Turn! (1965), as well as most of the hit recordings of Paul Revere & the Raiders and Gentle Soul. He is also known for his collaborations with Bruce Johnston and for his association with the Manson Family.