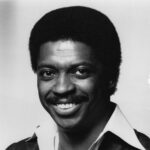 Lewis was born in 1943 in Baltimore, Maryland. At a young age, his family encouraged him to take up music. Later, he earned a bachelor’s degree in sociology from Morgan State University and then completed a master’s degree at the New England Conservatory of Music with Gunther Schuller as his mentor. He started out in jazz working with drummer Tony Williams, George Russell, Bill Evans, Stanton Davis, and the Piano Choir. His first release was Live at Club 7, issued in 1971. He signed with Epic Records in 1976 and began releasing disco music, where he found commercial success. He had two charting singles, 1977’s “On the Town/Saturday Night Steppin’ Out/Do it With Style” (U.S. Club Play #36) and 1980’s “Give Me Some Emotion” (U.S. #107, Black Singles #41).

Lewis worked extensively as a session musician and studio arranger, for Herbie Hancock, Barry White (he also toured with both of them), and others. He also produced for such artists as Gwen McCrae and Michael Wycoff. He later branched into soundtrack work for film and television, including for the films The Hearse (1980), Body and Soul (1981) and My Tutor (1983).

In 1963, Lewis co-founded Iota Phi Theta fraternity, which is part of the National Pan-Hellenic Council.

He also taught jazz voice and arrangement classes at Howard University in Washington as a visiting professor from 1995 to 1999.