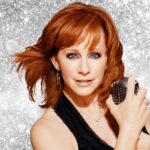 Reba Nell McEntire (born March 28, 1955), also known mononymously as Reba, is an American country music singer, actress and businesswoman. She is often referred to as “the Queen of Country”, having sold more than 75 million records worldwide. Since the 1970s, McEntire has placed over 100 singles on the Billboard Hot Country Songs chart, 25 of which reached the number one spot. She is also credited as an actress, having appeared in both films and television. She starred in the television series Reba, which aired for six seasons. She also owns several businesses, including a clothing line.

One of four children, McEntire was born and raised in the state of Oklahoma. In childhood and adolescence, her interests included barrel racing and sports. She also had a natural singing ability, which was encouraged by her mother. With her mother’s help, she and her siblings formed the Singing McEntires, which played at local events and recorded for a small label. McEntire later enrolled at Southeastern Oklahoma State University and studied to become a public school teacher. She also continued to occasionally perform and was heard singing at a rodeo event by country performer Red Steagall. Drawn to her singing voice, Steagall helped McEntire secure a country music recording contract with PolyGram/Mercury Records in 1975.

Over the next several years, PolyGram/Mercury released a series of McEntire’s albums and singles, which amounted to little success. In the early 1980s, McEntire’s music gained more momentum through several top ten country songs, including “(You Lift Me) Up to Heaven”, “I’m Not That Lonely Yet” and her first number one “Can’t Even Get the Blues”. Yet McEntire became increasingly unhappy with her career trajectory and signed with MCA Records in 1984. Her second MCA album titled My Kind of Country (1984) became her breakout release, spawning two number one Billboard country singles and pointed towards a more traditional musical style. Through the 1980s, McEntire released seven more studio albums and had ten more number one country hits. Her number one singles included “One Promise Too Late”, “The Last One to Know” and the Grammy Award-winning “Whoever’s in New England”.

In 1991, McEntire lost eight of her band members in a plane crash in San Diego, California. The experience led to McEntire’s critically acclaimed album For My Broken Heart, which is her highest-selling disc to date. She followed it with several commercially successful albums during the 1990s, including Read My Mind (1994), What If It’s You (1996) and If You See Him (1998). These albums featured the number one country singles “The Heart Is a Lonely Hunter”, “How Was I to Know” and a duet with Brooks and Dunn called “If You See Him/If You See Her”. McEntire also began acting on film and television, beginning with 1990’s Tremors. In 2001, she played the role of Annie Oakley in the Broadway musical Annie Get Your Gun. The same year, the WB channel launched the TV series Reba, which starred McEntire as a fictionalized version of herself. (more)