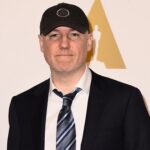 Gregg Alexander (born Gregory Aiuto; May 4, 1970) is an American musician, singer-songwriter and producer. He is best known as the frontman of the New Radicals, who had an international hit with “You Get What You Give” in late 1998. In the late 1980s and early 1990s, he recorded two solo albums, Michigan Rain and Intoxifornication. He dissolved the New Radicals in 1999 to focus on production and songwriting work, winning a Grammy Award for the song “The Game of Love” in 2003. He later co-wrote songs for the film Begin Again, including “Lost Stars”, which was nominated for an Academy Award for Best Original Song.(more)