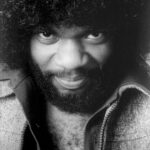 William Everett Preston (September 2, 1946 – June 6, 2006) was an American musician, whose work encompassed R&B, rock, soul, funk, and gospel. Preston was a top session keyboardist in the 1960s, during which he backed artists such as Little Richard, Sam Cooke, Ray Charles, the Everly Brothers, Reverend James Cleveland, the Beatles and the Rolling Stones. He gained attention as a solo artist with hit singles such as “That’s the Way God Planned It”, the Grammy-winning “Outa-Space”, “Will It Go Round in Circles”, “Space Race”, “Nothing from Nothing”, and “With You I’m Born Again”. Additionally, Preston co-wrote “You Are So Beautiful”, which became a #5 hit for Joe Cocker.

Preston is the only non-Beatle musician to be given a credit on a Beatles recording at the band’s request; the group’s 1969 single “Get Back” was credited as “The Beatles with Billy Preston”.He continued to record and perform with George Harrison after the Beatles’ breakup, along with other artists such as Eric Clapton, and the Rolling Stones on many of the group’s albums and tours during the 1970s. On May 12, 2021, the Rock and Roll Hall of Fame announced that Preston would be inducted with the Musical Excellence Award. (more)

1973 Billy Preston – Everybody Likes Some Kind Of Music