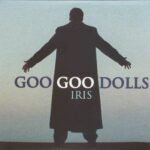 “Iris” is a song by American alternative rock band Goo Goo Dolls. Originally written for the soundtrack of the 1998 film City of Angels, the song was later included on the band’s sixth album, Dizzy Up the Girl. The song was released as a single on April 1, 1998.

“Iris” has contributed greatly to the band’s success. The song reached number one in Australia, Canada, and Italy, number three in the United Kingdom, number nine on the US Billboard Hot 100, and has become one of Ireland’s best-selling singles of all time. “Iris” is the Goo Goo Dolls’ signature song and has received critical acclaim, being described as an “ubiquitous” staple for the band’s live sets

Dizzy Up The Girl is the sixth studio album by American rock band the Goo Goo Dolls, released on September 22, 1998 through Warner Bros. Records. The album is often noted for being the album which propelled the Goo Goo Dolls into success, although they already enjoyed some recognition with the downbeat track “Name” in […]