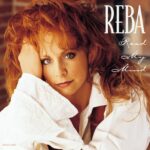 Read My Mind is the twentieth studio album by American country singer/actress Reba McEntire, released on April 26, 1994. It was preceded by the first single, “Why Haven’t I Heard From You” which peaked at No. 5 on the country chart. The album’s second single, “She Thinks His Name Was John”, was the first country song to address the topic of AIDS. Due to the subject matter, some radio stations shied away from putting it into heavy rotation. The third single, “Till You Love Me” became McEntire’s first song to chart on the Billboard Hot 100. “The Heart Is a Lonely Hunter” the album’s fourth single, topped the country singles chart. The album peaked at No. 2 on both the country album chart and the Billboard 200 and is certified 3 times platinum by the RIAA. The album was released at perhaps the peak of McEntire’s pop culture popularity, with a release of this album (described on an MCA Records billboard as “Another MCA Masterpiece…”), an autobiography, and NBC Television special later in the year.

6 Why Haven’t I Heard From You