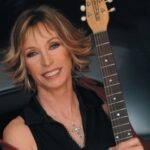 Judy Kay “Juice” Newton (born February 18, 1952) is an American pop and country singer, songwriter, and musician. Newton has received five Grammy Award nominations in the Pop and Country Best Female Vocalist categories – winning once in 1983 – as well as an ACM Award for Top New Female Artist and two Billboard Female Album Artist of the Year awards (won consecutively). Newton’s other awards include a People’s Choice Award for “Best Female Vocalist” and the Australian Music Media’s “Number One International Country Artist.”

Newton has several Gold and Platinum records to her credit, including Juice, Quiet Lies and her first Greatest Hits album. During the 1980s, she charted 14 Top-10 hits across the Billboard Country, AC, and Hot 100 charts, with many of the recordings achieving crossover success and six of the songs hitting the No. 1 position

In the early 1970s, Newton, Otha Young and Tom Kealey formed a band that would eventually be called Juice Newton & Silver Spur, which was signed to RCA Records. The group released two albums for RCA, in 1975 and 1976, but scored only one charting country single with “Love Is a Word.” The band was dropped by RCA, then joined Capitol Records in 1977. The band disbanded shortly after releasing just one more album.

Near the end of 1977, “It’s a Heartache” became Newton’s first solo record and a major hit in Mexico, where it was eventually certified Gold, and 1978, she released it in the United States. “It’s a Heartache” became the first of what would eventually be her 11 “Hot 100” pop hits. Also in 1978, The Carpenters’ version of the Newton/Young-penned song “Sweet, Sweet Smile” reached the Top 10 on both the Country and Adult Contemporary charts, and #44 on the Billboard Hot 100 chart. 1978 was notably also when Newton legally changed her name from “Judy Kay Newton” to “Juice Newton.” (“Juice” having long been her nickname.)

Newton’s solo debut album Well Kept Secret was released later in 1978. Neither Well Kept Secret nor its sole single “Hey Baby” charted, but Capitol Records did renew Newton’s contract. In 1979 Capitol’s investment in Newton began to pay off as Newton had her first Top-40 Country hit with “Let’s Keep It That Way” (another one-off single). Later that year, the album Take Heart featured five modestly-charting singles: “Until Tonight”, “Any Way That You Want Me”, “You Fill My Life”, “Lay Back In The Arms of Someone”, and “Sunshine”. In 1980, “Sunshine” became Newton’s second top-40 country chart single, “You Fill My Life” reached No. 41, and “Until Tonight” was No. 42. Both of Newton’s initial solo efforts performed with modest success but failed to have lasting impacts on the album charts.

In 1981, Newton’s video for “Angel of the Morning” was the first country-music video to air on MTV, and the 40th video to air on the channel overall. Newton was the third female solo artist to be featured on MTV’s first air date (after videos by Pat Benatar and Carly Simon).

Juice sold more than a million copies in the United States and went Triple-Platinum (300,000 copies) in Canada. “Angel of the Morning” and “The Sweetest Thing (I’ve Ever Known)” each reached #1 on the Billboard Adult Contemporary chart, where Newton would chart regularly for the next several years. In 1982, Newton received two Grammy nominations for Best Female Vocalist: one for “Angel of the Morning” in the Pop category, and another for “Queen of Hearts” in Country.

These two singles became her biggest sellers in the United States, each earning an RIAA Gold certification. (Note: in 1981 and 1982, when these singles were certified, the RIAA standard for Gold singles was “more than 1 million copies sold”; in 1989, RIAA lowered the standard to 500,000 for Gold single certifications.) The songs were also sizable hits in Canada, Australia, Germany, the Netherlands, and other countries. For example, “Angel of the Morning” peaked at No. 1 in Canada and No. 43 in the UK Singles Chart in 1981. While “The Sweetest Thing (I’ve Ever Known)” did not receive a U.S. certification, the song’s popularity propelled album sales from Gold to Platinum, and the recording remained in the Top 40 (of the Hot 100) for 18 weeks.”Shot Full Of Love” was released as a single in the UK, but failed to chart.

In the spring of 1982 Newton released her fourth solo album, Quiet Lies, which sold 900,000 copies in the United States. The album went platinum in Canada (100,000 copies). From Quiet Lies came the Top 10 Pop and Adult Contemporary hit “Love’s Been a Little Bit Hard on Me” (which garnered her another Pop Female Vocalist Grammy nomination). “Break It to Me Gently” was the second single and hit #1 on the Billboard Adult Contemporary chart, #2 on the Billboard Country chart, as well as #9 in Cash Box and #11 on the Billboard Hot 100. The recording, a contemporary remake of a Brenda Lee hit from the 1960s, won Newton her first Grammy Award for Best Female Country Vocal Performance, beating out contemporaries Dolly Parton, Rosanne Cash, Emmylou Harris and Sylvia. The album’s third and final single, “Heart of the Night,” reached #4 on the Adult Contemporary chart in early 1983 and climbed to #25 on the Hot 100.

The album also garnered Newton an award from Australia as the “Top International Country Artist” for the continent. In 1982, Newton toured with country band Alabama on the “Salem Spirit” double-headliner tour. (Various acts opened for Newton and Alabama.)

The direction for Newton’s sixth and final Capitol album, 1983’s Dirty Looks, was decidedly more rock-oriented and experimental than her usual blending of folk, pop and country styles. The album spawned a moderate-sized hit with “Tell Her No” (Hot 100 No. 27/AC No. 14) and the title track, a rock-edged number that charted low in the Hot 100. The single “Stranger at My Door” had a brief run on the country charts. The album was a moderate success, selling more than 300,000 copies in the United States and going Gold in Canada (50,000 copies).(The song “Dirty Looks” was written by Dave Robbins and Van Stephenson, who would later become part of the Country group Blackhawk in the 1990s. The pair also wrote Newton’s 1984 country single “Restless Heart.”)

According to a 1984 front-page article in Billboard magazine, changes at Capitol led Newton to return to RCA. The 1984 album Can’t Wait All Night continued with a rock-oriented sound. The launch single, “A Little Love”, and the title track became Newton’s final charting pop singles to date, reaching No. 44 and No. 66, respectively; while “Restless Heart” made No. 57 on the country chart. “A Little Love” became Newton’s seventh and final Top-10 hit on Billboard’s Adult Contemporary chart, reaching the No. 7 spot. Newton’s final double-header “Salem Spirit” tour with Alabama took place during this time, with Bill Medley of The Righteous Brothers as the opening act.

Newton had always been moderately popular in country music; she responded to her waning popularity in the pop market by targeting her next album, 1985’s Old Flame, solely to country audiences. The strategic move was a success; the album revitalized her career, reached No. 12 on the Billboard album chart and featured six Top-10 country hits, including the No. 1s “You Make Me Want to Make You Mine”, “Hurt,” and “Both to Each Other (Friends and Lovers)” (with Eddie Rabbitt), none of which (unlike her previous efforts) appeared at all on the pop charts.[2] The duet was released to the public before the pop version “Friends and Lovers” by Gloria Loring and Carl Anderson; the pop version was released to radio and stores two weeks after Newton and Rabbitt’s version first appeared, even though it was recorded first. Newton’s version was originally available only on a special edition of the Old Flame album and on the Eddie Rabbitt album Rabbitt Traxx. The “Old Flame” album produced hit singles for more than sixteen months, with the final release being “What Can I Do with My Heart” (written by Otha Young), which reached the Top 10 in early 1987.

Newton returned to the Top 10 in 1988 with “Tell Me True” from her 1987 album Emotion. The album’s lead single, the progressive-country tune “First Time Caller,” stalled at No. 24. Her final album of the decade, Ain’t Gonna Cry (1989), was not promoted by the label and did not chart. But it did spawn her final Top-40 country hit to date, “When Love Comes Around the Bend,” which RCA refused to release as a single because Newton’s contract had not been renewed.

After being dropped by RCA Records in 1989 (along with several other country artists, including Dolly Parton and Kenny Rogers, as country music as a whole was about to undergo momentous change), Newton took time to focus on her family life. Newton took a hiatus from recording albums, touring sporadically until returning to the music scene in late 1990s when she released the albums The Trouble with Angels (1998) and American Girl (1999).

1998 Juice Newton – The Trouble With Angels