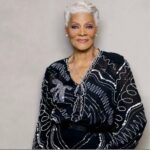 During her career, she has sold more than 100 million records worldwide and she has won many awards, including six Grammy Awards. Warwick has been inducted into the Hollywood Walk of Fame, the Grammy Hall of Fame, the R&B Music Hall of Fame and the Apollo Theater Walk of Fame. In 2019 she won the Grammy Lifetime Achievement Award. Three of her songs (“Walk On By”, “Alfie” and “Don’t Make Me Over”) have been inducted into the Grammy Hall of Fame. She is a former Goodwill Ambassador for the UN’s Food and Agriculture Organization. (more)

1983 Dionne Warwick – How Many Times Can We Say Goodbye