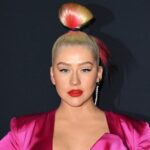 Christina María Aguilera (born December 18, 1980) is an American singer, songwriter, actress, and television personality. Known for her four-octave vocal range and ability to sustain high notes, she has been referred to as the “Voice of a Generation”. Aguilera rose to stardom with her eponymous debut album, for which she is credited for influencing the revival of teen pop during the late 1990s and early 2000s. Her works, which incorporate feminism, sexuality, and domestic violence, have generated both critical praise and controversy, for which she is often cited as an influence by other artists.

After appearing in television programs, Aguilera signed with RCA Records in 1998. Her debut album spawned three Billboard Hot 100 number-one singles — “Genie in a Bottle”, “What a Girl Wants” and “Come On Over Baby (All I Want Is You)” — and earned her the Grammy Award for Best New Artist. Established as a bubblegum pop artist, she released her first Spanish record, Mi Reflejo (2000), which topped the Billboard Top Latin Albums for nineteen consecutive weeks. Aguilera assumed artistic control of her fourth studio album Stripped (2002). In the music video for its song “Dirrty”, she sparked controversy for exploring her sexuality, leading to the departure of her teen idol image. However, further singles “Beautiful”, “Fighter” and “Can’t Hold Us Down” became top-ten singles in many countries, and she was named the most successful female artist of 2003.

Her fifth album, Back to Basics (2006), was met with favorable reviews and became the second of her career to debut atop of the Billboard 200. Its singles “Ain’t No Other Man” and “Hurt” reached the top-ten positions in most countries. In 2010, Aguilera starred in Burlesque and contributed to its soundtrack. In subsequent years, she featured on the successful singles “Feel This Moment”, “Say Something”, and “Moves Like Jagger”. The latter reached number one on the Billboard Hot 100 making Aguilera one of the few artists to reach the top spot over three decades. Outside of her music, she was named a spokesperson for the World Food Program (WFP), served as a coach on reality competition show The Voice (2011–2016), and acted in the drama series Nashville (2015). In 2019, she performed on The Xperience, her first residency show at the Planet Hollywood Las Vegas.

Aguilera is considered a pop culture icon and is generally described as a triple threat entertainer. With estimated sales over 75 million records, she is recognized as one of the world’s best-selling music artists; in 2009, she was classified as the twentieth most successful artist of the 2000s by Billboard. Throughout her career, she has accumulated numerous awards and accolades, including five Grammy Awards, one Latin Grammy Award, two MTV Video Music Awards (VMA), one Billboard Music Awards, one Guinness World Record, a star on the Hollywood Walk of Fame, and was named a Disney Legend. Aguilera is regarded as one of the most influential Latin artists in the entertainment industry; in 2013, Time listed her among the 100 most influential people in the world, and was ranked as the eighth greatest woman in music by VH1. Furthermore, she has been cited as one of the greatest singers in contemporary pop music, ranked among the greatest of all time by magazines such as Rolling Stone and Consequence of Sound.