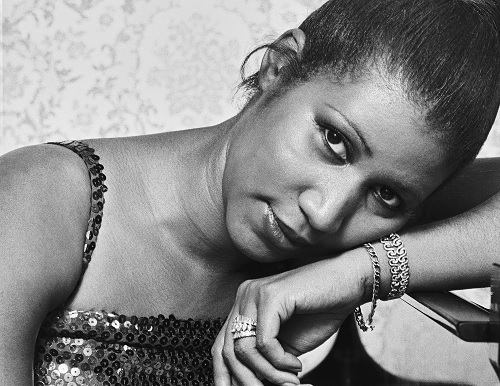 Aretha Louise Franklin (March 25, 1942 – August 16, 2018) was an American singer, songwriter and pianist.Referred to as the “Queen of Soul”, she has twice been placed ninth in Rolling Stone’s “100 Greatest Artists of All Time”. With global sales of over 75 million records, Franklin is one of the world’s best-selling music artists.

As a child, Franklin was noticed for her gospel singing at New Bethel Baptist Church in Detroit, Michigan, where her father C. L. Franklin was a minister. At the age of 18, she was signed as a recording artist for Columbia Records. While her career did not immediately flourish, Franklin found acclaim and commercial success once she signed with Atlantic Records in 1966. Hit songs such as “I Never Loved a Man (The Way I Love You)”, “Respect”, “(You Make Me Feel Like) A Natural Woman”, “Chain of Fools”, “Think”, and “I Say a Little Prayer”, propelled Franklin past her musical peers.

Franklin recorded 112 charted singles on the US Billboard charts, including 73 Hot 100 entries, 17 top-ten pop singles, 100 R&B entries and 20 number-one R&B singles. Besides the foregoing, the singer’s well-known hits also include “Ain’t No Way”, “Call Me”, “Don’t Play That Song (You Lied)”, “Spanish Harlem”, “Rock Steady”, “Day Dreaming”, “Until You Come Back to Me (That’s What I’m Gonna Do)”, “Something He Can Feel”, “Jump to It”, “Freeway of Love”, “Who’s Zoomin’ Who” and “I Knew You Were Waiting (For Me)” (a duet with George Michael). Franklin won 18 Grammy Awards, including the first eight awards given for Best Female R&B Vocal Performance (1968–1975), a Grammy Awards Living Legend honor and Lifetime Achievement Award.

Franklin received numerous honors throughout her career. She was awarded the National Medal of Arts and the Presidential Medal of Freedom. In 1987, she became the first female artist to be inducted into the Rock and Roll Hall of Fame. She also was inducted into the UK Music Hall of Fame in 2005 and into the Gospel Music Hall of Fame in 2012. In 2010, Rolling Stone ranked Franklin number one on its list of the “100 Greatest Singers of All Time”.In 2019, the Pulitzer Prize jury awarded the singer a posthumous special citation “for her indelible contribution to American music and culture for more than five decades”. In 2020, Franklin was inducted into the National Women’s Hall of Fame. (More)

1974 Aretha Franklin – With Everything I Feel In Me

1989 Aretha Franklin – Through The Storm