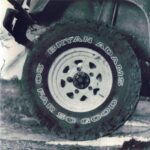 So Far So Good is a compilation album by Canadian rock musician Bryan Adams, released by A&M Records in November 1993. The album reached number six on the Billboard 200 in 1994 and was a number one hit in the United Kingdom and many other countries.

The album contains songs from Cuts Like a Knife (1983) to Waking Up the Neighbours (1991), and a new single, “Please Forgive Me”. Originally, the song “So Far So Good” was going to be included on the album so the album started and finished with a new song but it was dropped. The song was included on disc two of Anthology.

The only song on the album that has never been released as a single is “Kids Wanna Rock” from Reckless (1984), which replaced “One Night Love Affair”, taken from the same album. Although the latter had been released as a single in 1985, charting in Canada, the United States and Japan, ‘Kids Wanna Rock” proved to be a popular live staple during Adams’ world tours. In fact, various live recordings of “Kids Wanna Rock” were issued as B-sides between 1984 and 1992. Other notable singles that were left off include “Hearts on Fire” and “Victim of Love” from 1987, the moderately successful “Thought I’d Died and Gone to Heaven” from 1991, and the 1992 US single “Touch the Hand”. Early versions of the album had a circular black sticker on the jewelcase, covering the wheel, featuring the text “The Best of Bryan Adams” in red letters. Also, the album cover was available in different colour schemes, varying from dark green, to light brown and bright orange. The album has been repackaged several times; some versions included the singles “All for Love” from 1994 or “Have You Ever Really Loved a Woman?” from 1995.

So Far So Good is his best selling record in many countries, with sales exceeding 13 million copies worldwide.

4 Can’t Stop This Thing We Started