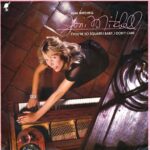 “(You’re So Square) Baby I Don’t Care” is a 1957 song recorded by Elvis Presley and performed in the MGM film Jailhouse Rock. It was written by Jerry Leiber and Mike Stoller for the film. Presley plays electric bass on the song. Joni Mitchell included a cover of it on her album Wild Things Run Fast. This version went to #47 on the US Hot 100.

Wild Things Run Fast is Joni Mitchell‘s eleventh studio album and her first for Geffen Records. Released in 1982, it represents her departure from jazz to a more 80s pop sound. The resulting world tour took Mitchell through the U.S., Europe, Asia and Australia. A video of the tour was released in 1983, entitled Refuge […]