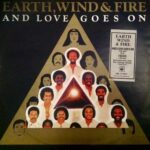 And Love Goes On was produced by Maurice White. The song was also composed by White, David Foster, Larry Dunn, Brenda Russell and Verdine White.

The b-side of this single was a song called Win or Lose. Both And Love Goes On and Win or Lose came upon EWF’s 1980 studio album Faces.

Faces is the tenth studio album, a double-LP by R&B artists Earth, Wind & Fire, released in 1980 on ARC/Columbia Records. The album reached number 2 and number 10 on the Billboard Black and Pop albums charts. It has been certified gold in the US by the RIAA. In a 2007 interview when asked which […]

END_OF_DOCUMENT_TOKEN_TO_BE_REPLACED

The Who 1997 Various – The Bridge School Concerts Vol. One