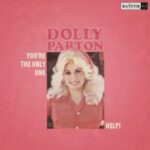 “You’re The Only One” is a song written by Carole Bayer Sager and Bruce Roberts, and recorded by American entertainer Dolly Parton. Included on Parton’s album Great Balls of Fire, the song was released as the album’s first single in May 1979, topping the U.S. country singles chart. It was her fifth consecutive chart-topper since 1977.

Great Balls Of Fire is the twenty-first solo studio album by American singer-songwriter Dolly Parton. It was released on May 28, 1979, by RCA Victor. The album was produced by Dean Parks and Gregg Perry with Parton and Charles Koppelman serving as executive producers. The album peaked at number four on the Billboard Top Country […]