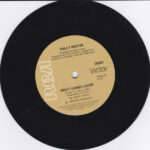 “Sweet Summer Lovin'” a song written by Blaise Tosti, and recorded by American entertainer Dolly Parton. It was released in August 1979 as the second single from the album Great Balls of Fire. “Sweet Summer Lovin'” reached number 7 on the U.S. country charts. (It was the first Dolly Parton single in two years not to top the charts.) It also topped the charts in Yugoslavia.

Though not a double-A-sided single, per se, the flip side, Parton’s cover of “Great Balls of Fire”, did receive a fair amount of radio airplay during the single’s chart tenure.

Great Balls Of Fire is the twenty-first solo studio album by American singer-songwriter Dolly Parton. It was released on May 28, 1979, by RCA Victor. The album was produced by Dean Parks and Gregg Perry with Parton and Charles Koppelman serving as executive producers. The album peaked at number four on the Billboard Top Country […]