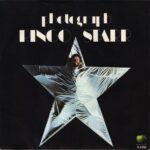 “Photograph” is a song by English rock musician Ringo Starr that was released as the lead single from his 1973 album Ringo. Starr co-wrote it with George Harrison, his former bandmate from the Beatles. Although they collaborated on other songs, it is the only one officially credited to the pair. A signature tune for Starr as a solo artist, “Photograph” was an international hit, topping singles charts in the United States, Canada and Australia, and receiving gold disc certification for US sales of 1 million. Music critics have similarly received the song favourably; Stephen Thomas Erlewine of AllMusic considers it to be “among the very best post-Beatles songs by any of the Fab Four”.

The lyrics are a reflection on lost love, whereby a photograph is the only reminder of the protagonists’ shared past. Starr and Harrison began writing the song in the South of France in 1971, during a period when Starr was focused on developing his acting career. They first recorded “Photograph” late the following year, along with the single’s B-side, “Down and Out”, during the sessions for Harrison’s Living in the Material World album. The officially released version was recorded in Los Angeles with producer Richard Perry. It incorporates aspects of Phil Spector’s Wall of Sound through the presence of multiple drums and acoustic guitars, as well as an orchestra and a choir. Aside from Starr and Harrison, the musicians on the recording include Nicky Hopkins, Bobby Keys, Jim Keltner, and Spector’s musical arranger, Jack Nitzsche. Starr made a promotional film for the single, shot at his and wife Maureen Starkey’s home, Tittenhurst Park.

Ringo is the third studio album by English musician Ringo Starr, released in 1973 on Apple Records. It peaked at No. 7 on the UK Albums Chart and No. 2 on the Billboard 200, and has been certified platinum by the RIAA. In Canada, it reached No. 1 on the RPM national albums chart. The […]