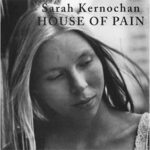 Sarah Marshall Kernochan (born December 30, 1947) is an American documentarian, film director, screenwriter and producer. She is the recipient of several prestigious awards, including two Academy Awards (Documentary Feature for Marjoe in 1973 and Documentary Short Subject for Thoth in 2002)

Sarah is also a singer, lyricist, and composer. During the next two years after the release of Marjoe, she released two albums on RCA Records as a singer-songwriter, House of Pain and Beat Around the Bush.

Kernochan released her third album as a singer-songwriter, “Decades of Demos,” in 2013. She also wrote and directed the musical Sleeparound Town, which was a show about puberty and featured five adolescents.

1974 Sarah Kernochan – Beat Around The Bush